Entity Cover: Can Some Body Help Me?

In 1998, it wouldn’t have been possible to Google ‘entity cover’, because Google had only just been founded. Equally, even if you had been able to do this, there wouldn’t have been much content, given entity cover only emerged in the same year. If you did the same today, the search would return 130,000,000 results in 0.31 seconds. And yet, even after 20 years, there still seems to be a lack of clarity around what entity cover. Consider some of the associated characteristics:

Entity cover is often referred to as ‘Corporate Legal Liability (CLL)’ or, as MPR call it, ‘Company Insurance’, and the terms are used interchangeably. The essence of entity cover is derived from 2 sources. The first is a basic tenet of D&O insurance, in that when a company is ‘incorporated’ a new legal personality is formed, which is separate and distinct from the individual directors (the derivation of ‘incorporated’ is from the Latin to ‘form a body’). Second, many private businesses were, and are, owner managed. The directors and shareholders were often the same thing and, consequently, a loss to the company might also be an indirect loss to the directors. It therefore evolved that the cover found a natural position alongside D&O for private companies because of where those losses might ultimately fall. This also explains why entity cover is not available on public companies, because there is a divorce between ownership and control in public companies, so the supporting logic falls away (it is possible to get entity cover for securities claims for plc’s, but this is as far as it goes). Equally, entity cover is yet to emerge as a feature on financial institutions, typically because that environmental risk sits largely in the professional liability and because FI’s are characteristically more like a plc. Notwithstanding the origins of entity cover, it has evolved as an integration into products for other kinds of organisation, such as charities and non-profits, and is widely available there.

Even though entity cover has been around for 20 years, there are clear inconsistencies in what it does from contract to contract and it will do different things in different places. It’s important to recognise that it was never designed to replace established classes of cover but served more to act as a contingent provision for those organisations that didn’t have the need, or the exposure, to buy a stand-alone cover for certain areas of risk. This can be evidenced in the existence of defence costs sublimits in areas such as intellectual property and pollution. And because the evolution of entity cover has been parasitic to D&O, it has never been available in isolation. This is logical, partly because it was designed to stimulate the growth in the D&O market by making that product more attractive, but also because it was potentially cannibalistic. Areas where the demand might derive from for entity cover in isolation were those areas where the classes already existed or have developed as stand-alone propositions, such as pollution, intellectual property, PI, employment practices and pension liability, and these risks will be routinely excluded. This heritage as an appendix or companion also limited the ability to charge any meaningful premium which, together with the lack of definition and consistency, inhibited the development of a stand-alone proposition.

Given the attendant limitations, particularly on pricing, the challenge for underwriters has always been to try to scope out and define the extent of the cover to provide something competitive and meaningful. They also need to draw the line between fortuity, an essential feature in any insurance, and inevitability or something that just simply happens as part of the business cycle. Regulatory claims are a good example where tension exists between trying to differentiate and be competitive whilst avoiding straying into the territory of trade risks where the essential fortuity ingredient is absent. That said, many of the risks posed by regulators with investigatory powers will be excluded by the language in the policy (FCA, Competition and Markets Authority, The Pension Regulator and HMRC, for example) and many will simply not be relevant (OFCOM, OFWAT, Animals in Science Regulation Unit, British Hallmarking Council, Civil Aviation Authority, Human Fertilisation and Embryology Association, etc.).

This social history of entity cover means that it will never cover anywhere near the range of exposures provided for under a D&O contract. The creation of the corporate body shields the individual directors and officers from much of the risk that, consequently, lands on the artificial construct of the company. This corporate liability is much more likely to occur and is typically picked up by established or emerging classes of cover. Alternatively, it might simply be something which is an inevitably of operating an organisation, or a straightforward trade hazard. It is only in the areas where fortuity exists and the contingent risk that sits outside of those established and emerging classes of cover is considered digestible, that entity cover will potentially pick up the pieces. As with all management liability products, careful inspection is required because no two products are the same but, whatever the conclusions, don’t expect it to be anywhere near as capable as D&O. What is conclusive is that entity cover will continue to be a well-established complimentary component with a role to play in the landscape of management liability and, despite the limitations and possible lack of clarity, that is set to endure. If you don’t believe me, Google it… 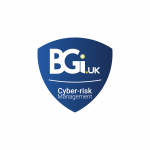 GDPR – What are your rights as a consumer?Cyber-risk, News

Cyber criminals are smart. Our Cyber Cover is smarter.Cyber-risk, News