COVID-19 : BGi.uk clients have had more success at getting Business Interruption Claims settled than those insured with other insurers

Royal and Sun Alliance, having considered the judgement of the Supreme Court, has confirmed that under the IOS Members’ Insurance Policy it will not cover loss of earnings if there was not an occurrence of Covid-19 itself at the Premises prior to its closure or the imposition of Government restrictions and the matter can be taken no further.

In principle, Royal and Sun Alliance has said that it will only be able to consider any claims under the IOS Member’s Insurance Policy for BI loss, up to the limit of indemnity, if in the first instance it can be demonstrated that there was an occurrence of Covid-19 at the Premises prior to its closure or the imposition of Government restrictions.

Puddle Ducks Franchising, on behalf of its franchisees, made the decision to seek legal advice (using Knights PLC) in relation to the business interruption insurance cover provided by Swimsure.

For those franchisees that had the standard business interruption insurance, they had a standard extension which gives a “denial of access” clause to property. In our case, as most insurance policies do, the “denial of access” reasons were for “Outbreaks” of “Specified Diseases” at the “Property”. The capital letters are very important as they are clearly defined in the policy. Those policies where the supreme courts ruling were made on, were vague clauses where “outbreak” and “disease” were not specified. The wording of ours (and indeed) most policies would mean that we would have to have an outbreak of a disease at the property (almost impossible to prove with Covid) AND be a disease specified in the policy (Covid wasn’t). So, like the vast majority of the other policies that solicitors have reviewed in the last few weeks we are NOT covered.

In contrast most BGi.uk (valid) claims have now been settled with some at the policy maximum of £100,000. 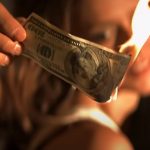