If Badwill is the opposite of Goodwill , then the Chancellor is (in my opinion) partly to blame for the current Badwill that the UK Insurance industry is currently experiencing. He was clearly mis-informed or simply didn’t know what he was talking about when he said “Let me confirm that for those businesses which do have an insurance policy that covers pandemics, the government’s action is sufficient and will allow businesses to make an insurance claim against their insurance policy.”

The current tide of ‘bad-will’ against insurers readily demonstrates that very few people really know or understand what they are insured for.  This is easily demonstrable. Please put up your hand if you have read your motor insurance policy; or your house insurance policy. (If you see anyone just outside of your six-foot safety zone raising their hand, please clap loudly.)

It is not just that, generally speaking, the principles of insurance are ‘not understood’ but they are actually misunderstood – and this is demonstrated by the current tide of ‘bad will’ against insurers.

Without trying to replicate the Insurance exam books – the following might be of interest to some:

Insurance used to work ‘the other way around’. That is to say that when the tea clippers used to set sail for the other end of the world the costs of the expedition would often by underwritten (funded) by those who preferred the security of drinking coffee at Lloyds’ coffee shop, and doubtless other similar venues, rather than subjecting themselves to the elements. If the adventure was successful, the underwriters would get back their money back and a handsome profit. If the adventure failed, they lost their ‘investment’. This “financial instrument” was (and still is) called a bottomry bond.

The point I would like to press here is that the underwriter knew his (probably not hers in those days) maximum exposure and the rewards for success (which could be astounding).

Moving on, Insurance took a shape that is more familiar when certain businesses started providing insurance for property. You can still see the ‘fire marks’ on many old buildings in London. These were displayed on buildings so fire fighters knew which properties they should save in the event of a conflagration.

Again, the insurance underwriter knew his maximum exposure – per building, per street and per town.

Over the centuries, insurance has become more and more complex to match the desires of industry and the financiers of industry – not to mention to satisfy the likes of you and me. Our house is not just covered against fire – but a list of insured perils. For example, lightning, flood, water damage, (yes, there is a very big difference between flood damage and water damage) explosion, riot, strike and civil commotion. More recent additions to the material damage section were theft and then accidental damage.

And still the insurance underwriters are able to calculate their exposure per building, per street and per town.

Back to Industry; many financial institutions will not lend unless the borrower carries insurance against specific risks. This might be property or liability related – but how many have asked for insurance against pandemics?

Can underwriters provide insurance cover against a pandemic? The answer was ‘yes’ –  but!

To provide insurance the underwriter has to be very specific as to what is insured, the financial limits provided and the conditions necessary to trigger a claim.

As above, underwriters have to calculate their exposure per building, per street, per town, per country and globally. (To take on ‘risk’ that would put them in a position of insolvency would not be good for the business: nor approved by the FCA).

Generally speaking, Business interruption cover is based around property damage. Occasionally a business may be prevented from trading due to ‘denial of access’; perhaps because of a fire in an adjacent building or perhaps due to a pathogen taking up residence in the insured building. Most underwriters can include denial of access to a property caused by various incidents – including a list of known ‘notifiable diseases’.

Some policies have a list of excluded diseases – but will include anything else. However, the insurance provided is limited: usually to

The purpose, of course, is to protect the business owner from ‘sudden and unforeseen closure’ on a ‘one-off basis’ whilst limiting the unknown exposure to the insurers.

This policy extension is particularly valuable to the sports, leisure and entertainment industry – although the nature of the extension is likely to (will undoubtedly!) change in the future.

In conclusion, I would like to ask you a personal question.

Are you insured against alien invasion?

What would an alien invasion look like? Perhaps a “War of the Worlds scenario”. It could be some form of collectively-intelligent microorganism invading our nervous systems (or that of our computers). Do you have in mind something more like zombies? It matters not just now – the question is “are you insured?”

Bottomry bond is the contract for the loan of money on a ship. A bottomry bond is usually executed for maritime risks encountered during a certain period or for a certain voyage. Such bonds are generally secured at extraordinary interests. The loan can be enforced only if the ship/vessel survives the voyage. 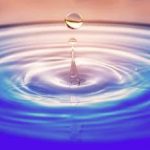