Is Bankruptcy a Material Fact when Buying Insurance?

The short answer is ‘Yes’! But too many people seem to trip up over this simple question: some purposefully (and we cannot change that) but some through ignorance or apathy.

Within the last nine months Insurers have shown quite clearly that undeclared bankruptcy and undisclosed CCJs will not be tolerated. Anyone with a history of bankruptcy or CCJs and thinking that they might not declare this on their insurance applications would be wise to reconsider their actions. If during the year no claim is made it is probable that the false declaration will go unnoticed. If there is a claim, the opposite is more likely.

In May 2018, one of Britain’s biggest insurers, Aviva, rejected a £1.8m fire damage claim after a Cheshire care home was allegedly set alight by vandals. The claim has thus far been declined on the basis that a director of the claimant was an undischarged bankrupt.

Aviva believes that in reality, the person the claimant describes as a “self-employed consultant” was actually in a position of authority, being solely responsible for the company’s business in the UK. It has, therefore, rejected the claim because that individual was declared bankrupt in October 2001 but continued to act as a co-director of another company, which then went into liquidation in April 2010, making him an undischarged bankrupt. Aviva also alleges he has a history of failing to disclose material facts. The case will go to trial between November 2019 and February 2020.

What this case does highlight, whatever the final verdict, is that bankruptcy is a status which must be declared to an insurer, as failure to do so could result in a claim being declined. Hiding bankrupt directors behind-the-scenes as shadow directors will make no difference. Insurers will often refuse to insure a business run by an undischarged bankrupt and may take the same view when it comes to those with County Court judgements, High Court judgements and/or criminal convictions to their name. Failing to declare such matters can be a huge financial mistake which will probably result in a declinature, should an insurance claim have to be made.

Whilst the Rehabilitation of Offenders Act 1974 is more lenient in deeming when a crime is “spent”, a status of bankruptcy lasts ‘forever’ in the eyes of many insurers. A broker should not assume a client has no history of bankruptcy. The specific question needs to be asked and an honest answer provided in the insurance application.

Bankruptcy of individuals has risen, as Individual Voluntary Arrangements to pay off debts have declined. If the company sector follows the same trend, there could be many businesses jeopardising their ability to find insurance – or if insurance is fraudulently obtained to have any claims settled.

This issue is extremely pertinent at present. In Q3 2018 there were 4308 companies entering into insolvency and voluntary liquidations were at the highest level since Q1 2012, with these comprising over 71% of all company insolvencies. Particularly hard-hit were the construction industry, wholesale and retail and businesses involved with motor repairs.

Whilst a good broker will ask the question about bankruptcy and listen carefully to how it is answered, all buyers of Insurance should ensure they probe the backgrounds of their directors and shadow directors extremely thoroughly. Leaving things to chance, or assuming insurers will not launch investigations into a director’s background could be a a very costly mistake. Honesty and Transparency is key. 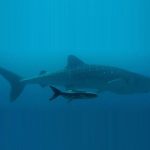 How to spot a PhishCyber-risk, News 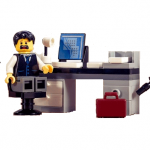 A Guide to Cyber-risk ManagementCyber-risk, News